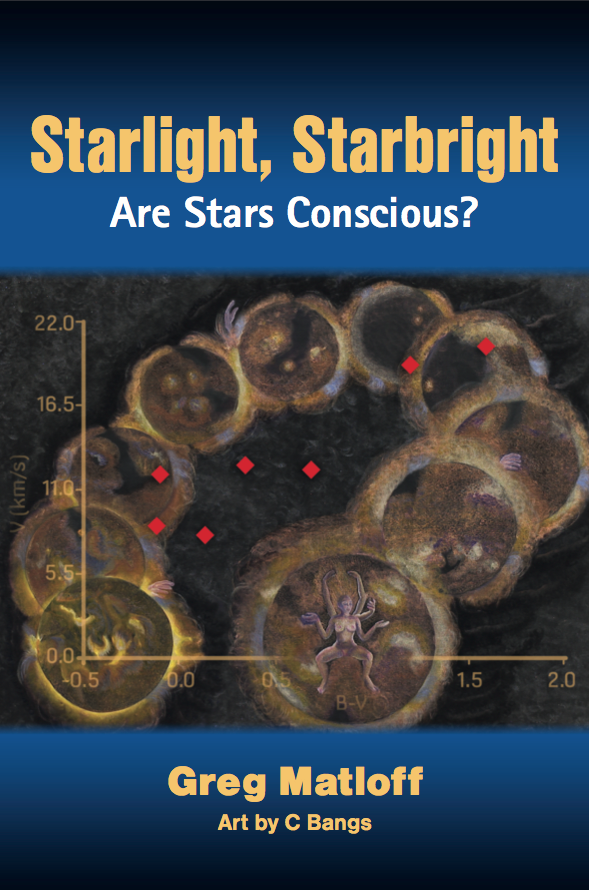 About the book
The only thing we can be absolutely sure of is our own consciousness. But what is consciousness? Is it a property that is unique to humans or do we share it with other life forms?

Or is the philosophical doctrine of panpsychism correct—are stars and the entire Universe conscious in some sense?

Early chapters in this book examine the prehistory, mythology, and history of this topic. Arguments are presented from the viewpoints of shamans, philosophers, poets, quantum physicists, and novelists.

A simple “toy” model of panpsychism is then presented, in which a universal field of proto-consciousness interacts with molecular bonds via the vacuum fluctuation pressure of the Casimir effect. It is shown how this model is in congruence with an anomaly in stellar motions called “Parenago’s discontinuity.”

Cool, redder, less massive stars such as the Sun apparently circle the center of the galaxy faster than their hotter, bluer, more massive sisters. This discontinuity occurs at the point in the stellar distribution where molecules begin to appear in stellar spectra. Observations of main sequence stars out to ~260 light years and giant stars out to >1000 light years using the ESA Hipparcos space observatory support the reality and nonlocality of Parenago’s discontinuity. Local, more conventional explanations for this phenomena are not supported by observations of other galaxies and spiral arms of the Milky Way.

If position and kinematics data for ~1 billion stars currently being obtained by the new ESA Gaia space observatory demonstrate that Parenago’s discontinuity is a galaxy-wide phenomenon, the hypothesis that anomalistic star motion is due to stellar volition, as described by philosopher/author Olaf Stapledon in his classic novel Star Maker, will be strengthened, as previously discussed by the author in the peer-reviewed journal JBIS.

A special feature of this book is the chapter frontispiece art. Artist C Bangs has created digital collages combining photographs as well as public access astronomical and ecological images. Her efforts are directed at demonstrating the connection of terrestrial life to the Cosmos and the transcendental nature of a proto-consciousness field that pervades the Universe and interacts with all molecular matter. Her work is presented in the developing spirit of scientist-artist collaborations.

About the author
Greg Matloff is a Fellow of the British Interplanetary Society, has chaired many technical sessions, and is listed in numerous volumes of Who’s Who. In 2008 he was honored as Scholar on Campus at New York City College of Technology. In addition to his interstellar travel research, he has contributed to SETI (the Search for Extraterrestrial Intelligence), modeling studies of human effects on Earth’s atmosphere, interplanetary exploration concept analysis, alternative energy, in-space navigation, and the search for extrasolar planets.

C Bangs’ art investigates frontier science combined with symbolist figuration from an ecological feminist point of view. Her work is included in public and private collections as well as in books and journals. Public collections include the Library of Congress, NASA’s Marshall Spaceflight Center, British Interplanetary Society, New York City College of Technology, Pratt Institute, Cornell University, and Pace University. The ‘‘I Am the Cosmos’’ exhibition at the New Jersey State Museum in Trenton included her work, Raw Materials from Space and the Orbital Steam Locomotive. Her art has been included in eight books, two peer-reviewed journal articles, several magazine articles, and art catalogs.

Reviews
By Herb Klitzner, 2017
“Greg Matloff has woven a remarkable book of reflecting on and sharing his ever-growing professional life as an astrophysicist.

Matloff intelligently and creatively addresses the accumulating evidence for volition of motion in a specific category of stars. Specifically, he explains that cooler stars are moving faster that they should around the galaxy because they can sustain a halo of molecules that don’t get burned off and that can be used by the star to determine emission of jets from the surface in a direction that, over time, accelerates velocity in orbit.

Matloff includes many intriguing sub-topics, with excellent references and links, together constituting an entire scientific culture. These areas include Roger Penrose and quantum consciousness, Olaf Stapleton and his influential and predictive 1930s Star Maker science fiction story, and Arthur C. Clarke and his science-fiction and engineering designs … ” 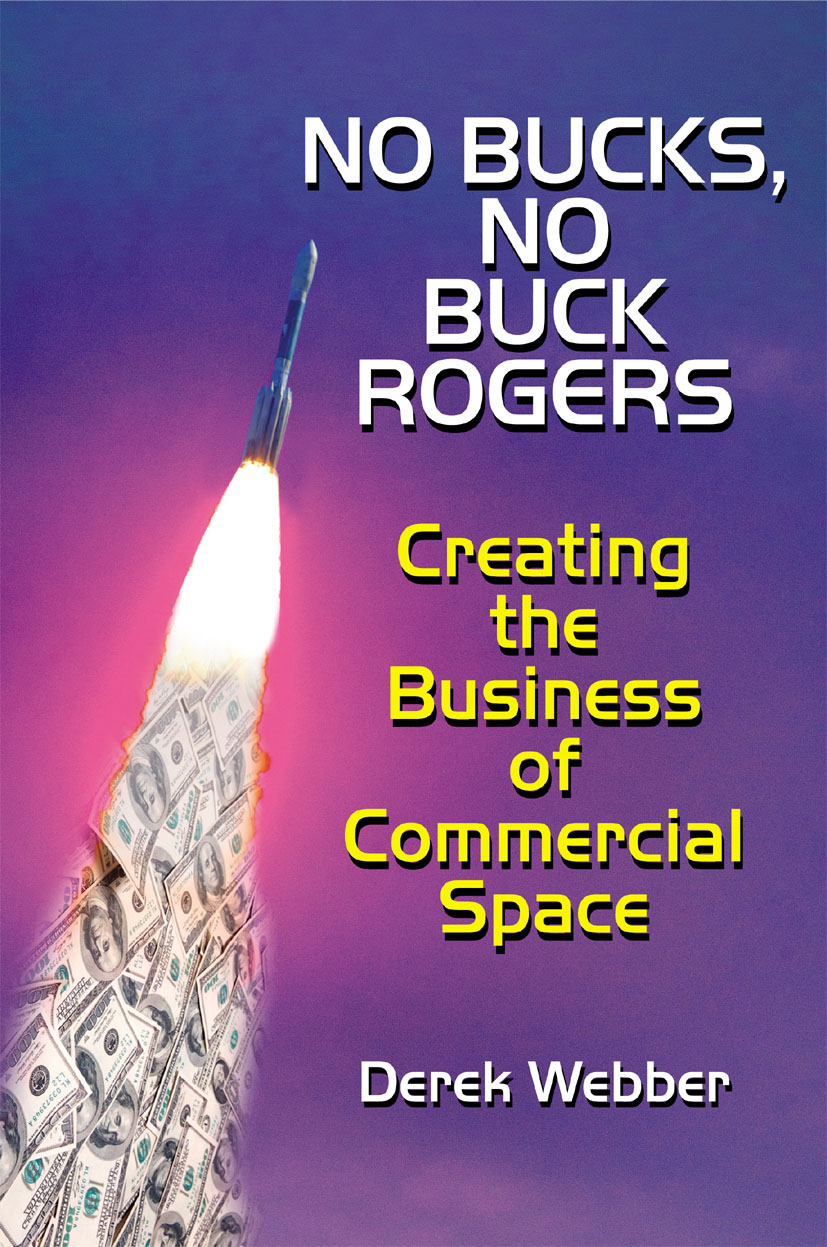 No Bucks, No Buck Rogers: Creating the Business of Commercial Space

About the book
This is a book about the business of space. It is indeed the first such book to explore the creation of the whole new field of commercial space exploration, previously considered to be an oxymoron. The book anchors the story on historical developments which transformed the original governmental and military space program into the successful satellite communications and broadcasting business. It then builds the case for moving forward to the next stages leading to full commercial space exploration, with space tourism and therefore commercial space transportation being the key to this paradigm shift. Originally the commercialization of space was limited to various kinds of satellites, but now the march of history is bringing a manned (or rather “crewed”) spaceflight regime into its remit.
The author has been involved in all these phases of development as a business insider, and is currently one of the international judges of The Google Lunar XPRIZE which is using prizes to kickstart lunar commercial business. 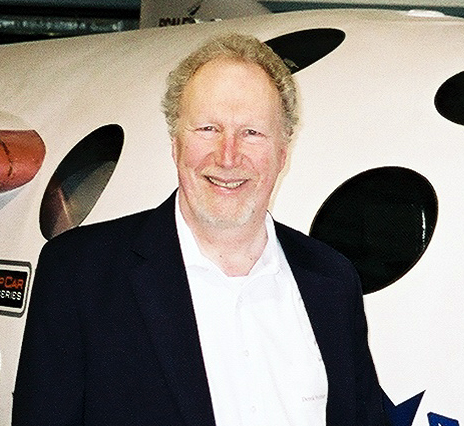 About the author
Derek Webber has, over a 50-year span, been involved in many of the significant developments of commercial space. He is a published author and has been Head of Procurement at Inmarsat and Managing Director at Tachyon Europe, both companies engaged in the satellite communications business, and is a former satellite and launch vehicle engineer. As the Director of Spaceport Associates, he developed key space tourism market research data, and is currently one of the international judges of the Google Lunar XPRIZE, while also presiding over the “Gateway Earth” space policy initiative.

Reviews
The Space Review, by Jeff Foust
“Webber reviews both traditional and new space businesses in his book. He argues that the traditional businesses have reached their limits: growth in the relatively mature market of satellite communications has slowed, while government initiatives are stymied by budgets unlikely to return to the levels seen in the early Space Race. What’s needed for the space industry to grow is for it to transition to new markets. Space tourism, he believes, can support that transition, enabling the development of other markets.

Webber logically lays this argument out for those unfamiliar with the idea. Even those who are already familiar with that central argument, and other details about the industry, will appreciate Webber’s anecdotes from a half-century in the business.”
For full review visit: http://www.thespacereview.com/article/3185/1

Inside Outer Space, by Leonard David
“This is an engaging, well-written, and fact-filled book regarding commercial space exploration … taking a no-nonsense look into space engineering, marketing and finance along with other business aspects. The volume also serves up fascinating projections into the future – specifically, lunar commerce, asteroid mining, space solar power, as well as space settlement.

I was particularly drawn to the more futuristic opportunities. There’s a very healthy dose of detail concerning space tourism – which often takes on the ambience of tapping fusion power. But as Webber notes, “without true re-usability, enabled by space tourism, none of the future economic developments would be possible.”