Patrick Matthew, in 1831, originated the complete theory of evolution by natural selection in his book On Naval Timber and Arboriculture, and did so before Charles Darwin and Alfred Wallace claimed to independently replicate it in 1858.

Unjustly, and against the Arago convention on priority (a ruling that gives origination of any science theory to the first to publish), Matthew has been illicitly denied his priority on the grounds he never influenced anyone with his breakthrough. Today, Big Data research has uncovered Darwin’s science fraud by plagiarism, revealing evidence which proves beyond all reasonable doubt that he and Alfred Wallace both independently plagiarised the theory of evolution by natural selection from Patrick Matthew.

Books have been newly unearthed in the publication record to show that at least 30 people cited Matthew’s work in published literature before 1858 and that several were known influencers of Darwin’s and Wallace’s work in the field. Additionally, several people in Darwin’s and Wallace’s social circles were first to be second into print using original terms coined by Matthew in his bombshell breakthrough book.

This book reveals all the newly unearthed data and essentially explains it, alongside the deplorable treatment of Patrick Matthew, in scholarly historical context. 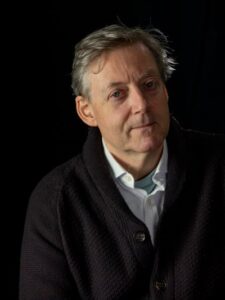 Mike Sutton has a first degree in law and a PhD in criminology from the University of Central Lancashire. He was senior criminologist at the British Home Office; Reader in Criminology at Nottingham Trent University; founder of the “Centre for Reduction of Bias, Prejudice and Hate Crime”; and is Chief Editor of the Internet Journal of Criminology.